Mixed grills are not unique to Australia’s culinary history. Many cultures have a version in their cuisine.  Some of us may remember when the mixed grill was a staple menu item in cafes and pubs across the country. 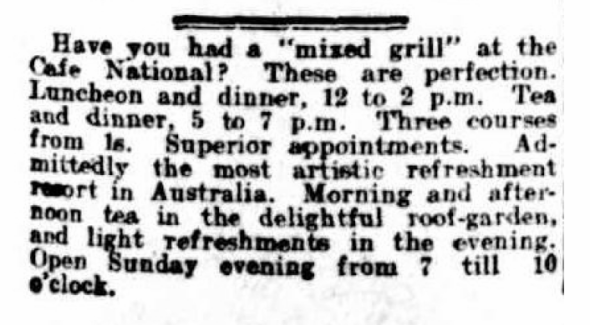 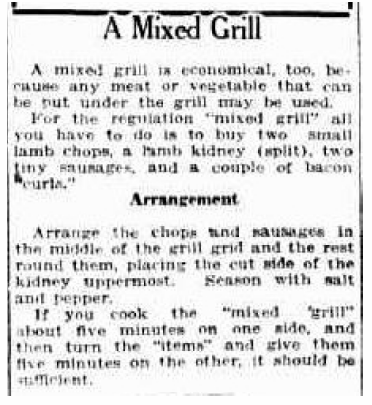 Significantly, Greek cafés did not serve Greek food. They catered instead for the British-Australian predilection for steak, chops, poultry, pork fillet – accompanied by fried eggs, chips, salad or boiled vegetables, sliced white bread and butter – meat pies, mixed grills, toasted sandwiches and coffee. (The mixed grill, which consists of a steak, a chop, two sausages, two fried eggs and two rashers of bacon accompanied by a large grilled tomato and two slices of white toast with Worcestershire Sauce readily available, is the epitome of this diet).