The practice of cremating the dead rather than burying them was slow to become popular.  The first cremation in Australia took place in Adelaide on 4 May 1903.  The Argus – 5 May 1903.

By the early 1930s, architect designed crematoriums were being built across Australia.  F A Bloomfield’s design for the Gore Hill cemetery in Sydney can be found in the Sydney Morning Herald – 17 February 1931.  Richard Gailey’s design of the Brisbane Crematorium was featured in the Brisbane Courier on 2 March 1932. 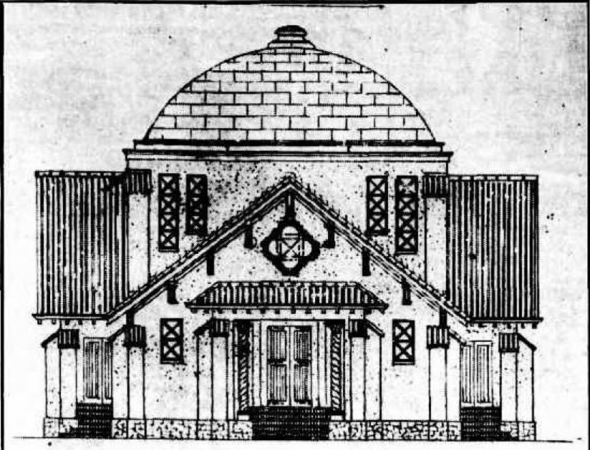 This link to The Cemeteries and Crematoria Association of New South Wales has a short history of cremation in Australia.