embroidered postcards from a place of war

Here are two stories of correspondence between soldiers and home. One of a father reporting receipt of a letter and “two of the most beautiful postcards [one with] silk embroidered pansies and other flowers hand embroidered on muslin”.  The other is a postcard sent as a thank you note for tobacco sent from a comforts fund in South Australia. 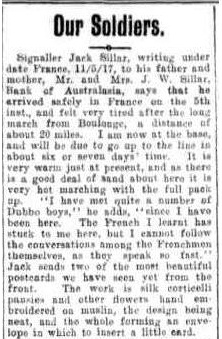 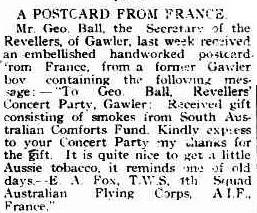 The Powerhouse Museum in Sydney has a collection of the French cards that you can view here.

Nearly 100 years ago, this postcard was embroidered and then purchased by a soldier to send home to loved ones.  Stretcher bearer George Elliott mailed it to his parents.  He was killed at Messines Ridge in France in 1917. 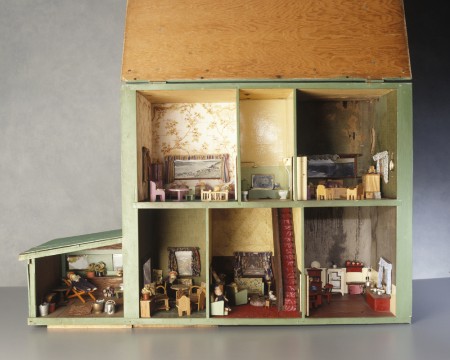