This image by an unidentified photographer was taken in 1900.  It illustrates the attention to detail and marketing skills of a man called David Webster, creator of Webster’s cakes and biscuits.  Originally a baker of bread, he introduced machinery to make his product and soon held a large share of the market in and around Brisbane.

Articles and advertising (it is sometimes hard to tell the difference) in Brisbane newspapers of the time showed Webster as the consummate networker. The company catered at many sporting and large social events including tea rooms at the races and community picnics.  Many organisations held their evening meetings in his tea rooms. In their early days, Webster and Company won government tenders to supply bread to public institutions.  David Webster had the odd skirmish or two in the industrial commission and the courts, and in 1898 was fined 2/6 an ounce for short-weighting his bread by 15 ounces after the original hearing was deferred when it was pointed out that he was a supplier of bread to the judge.  (Brisbane Courier – 4 October 1898).

The series of articles below gives an indication of the range of products and services the company provided. 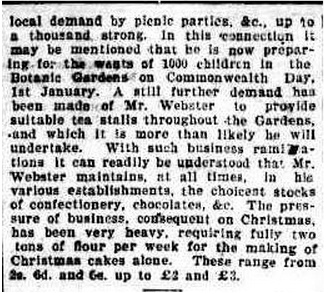 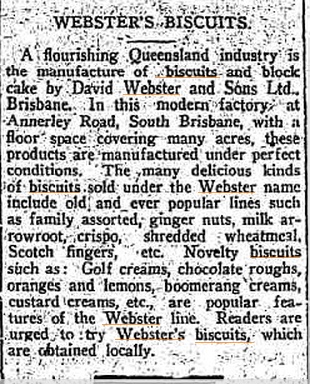 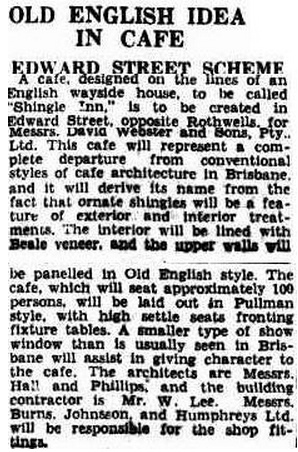 On the occasion of their 50th wedding anniversary, an article about Mr and Mrs David Webster appeared in the Courier Mail – 11 December 1936.  Six months later, David Webster died. 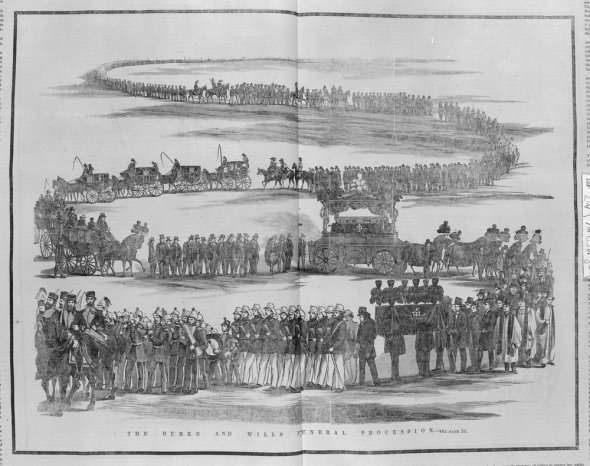 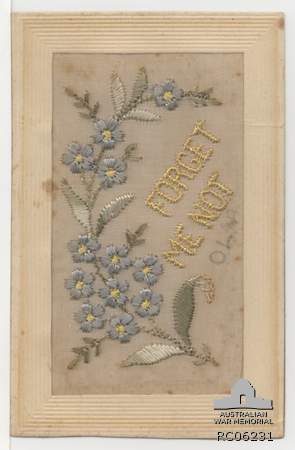